Signs and Symptoms of EMF and 5g Exposure Signs and Symptoms of Exposure

There is an ongoing debate on whether electromagnetic frequency can cause harm to humans. However, the World Health Organization’s international agency for research on cancer IARC, EMF can potentially lead to cancer in humans.

Some scientists believe that EMFs affect the nervous system function leading to cell damage. Besides, exposure to very high levels of electromagnetic radiation exposure could lead to cancer and unusual growth.

Other signs and symptoms that come from exposure include:

These are some of the signs and symptoms. For this reason, you should always check for the above symptoms in your family members and friends. 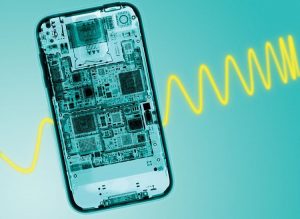 At Home Checks for Prevention

With that said, you should always be on the lookout for the various sources of electromagnetic radiation in your surroundings. On top of this, always unplug from digital devices occasionally.

Over the years, there has been an increase in the number of devices that can detect the presence of harmful EMF waves. A simple search on Amazon will show affordable EMF detectors. Some of the best electromagnetic field detection devices include:

This is a great tool for those people who are concerned about the hazardous effects of electromagnetic frequency from cell phones. This EMF detector will detect even the smallest waves emitted by handheld devices. It comes with a variety of features including, a remote control, it is great for science projects. However, for EMF detection, its accuracy can be questionable.

The Cell Sensor EMF detection meter has approval from CE, and the best thing is that it delivers visual and audible alerts when EMF is detected. The EMF detection goes for approximately $29.99 on Amazon.

This EMF detector measures EMF and radiofrequency radiation. This includes waves from a variety of devices we use daily such as magnetic field, and radiation from cell phones, external power lines and electrical wiring in the home.

Cornet ED78S can pick up readings as low as 0.1 mg. It has a color-coded danger indicator and a histogram function. Think of it as an electric, magnetic, microwave, and paranormal detection package in one package.
The Cornet ED78S can be purchased through Amazon and delivered straight to your door.

The Trifield TF2 is an electromagnetic field detection device that goes beyond the normal chasing of paranormal activity and serves as one of the best EMF detectors today. It is easy and straightforward to use especially with the incorporation of an omnidirectional pickup range. This makes it easy to gather results quickly since there is no need for scanning back and forth.

It is one of the best for a variety of reasons, but most importantly is that it has an analog needle that responds almost instantaneously. It detects radiofrequency/microwaves, AC magnetic, and AC electric waves. On top of this, it has a knob that you turn to choose the type of waves and radiation you want to measure.

With the increased dependence on smart devices, we are slowly exposing ourselves to electromagnetic frequency and EMR. The best thing is to do is to watch out for the signs and symptoms above and protect yourself from prolonged exposure.